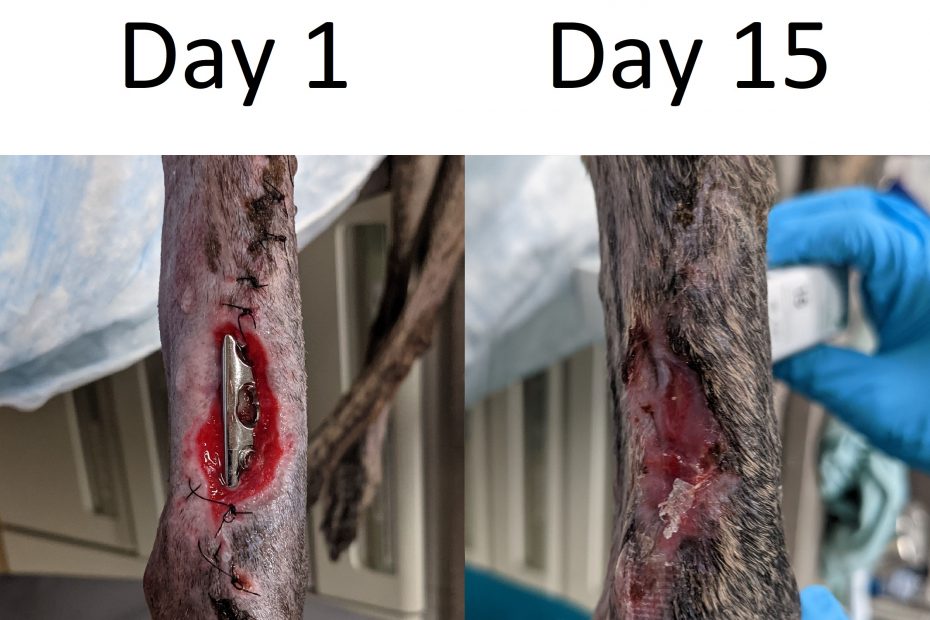 A 3 year-old Greyhound, Female (spayed), 27 kg, presented with a fractured front left leg. After repair, the wound dehisced and MicroLyte Vet was used to help deal with the infection and close the wound. Case notes and pictures were provided:

Triple antibiotic ointment was placed on the incision and the other areas of ulceration noted. Sterile 4X4 and lap sponges were as a dry to dry dressing over the incision. A modified Robert Jones bandage with a spoon splint was placed.

Clavamox then Enrofloxacin once we received culture results