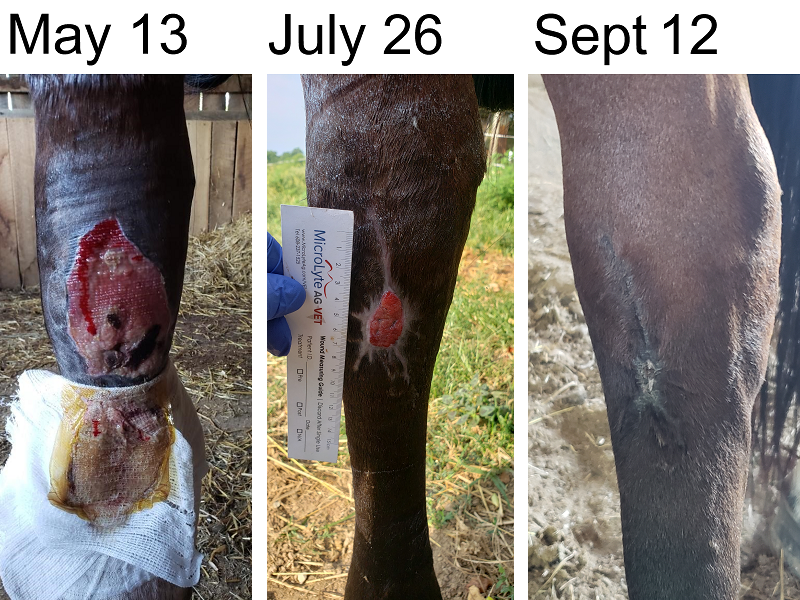 Dr. James Brown, Clinical Associate Professor of Equine Surgery at Virginia Tech, took on this laceration case over the weekend of May 9th, 2021.

Initially, silver sulfadiazine was applied prior to bandaging. The wound had a slimy appearance, so Dr. Brown used a chlorhexidine wash and scrub. On May 13th, after cleaning, MicroLyte Vet was applied for the first time.

Pinch skin grafts were also used, as can be seen in several of the pictures.

Starting in late May, a new treatment was attempted using codfish skin. MicroLyte Vet was not used for a week while trying this treatment. A slimy appearance and odor started to emerge, while the healing progression seemed to stall.

On June 12th, the use of MicroLyte Vet was resumed. By June 14th, the infection was clear and the wound was progressing.

Using MicroLyte Vet, healing progression continued. Minor proud flesh had to be debrided in between some bandage changes, however, the healing rate was better than expected.

By August 1st, the patient had healed to the point where it could be put back into training.